What is Computer Vision, and how does it work?

Artificial intelligence’s field of computer vision teaches and equips computers to comprehend the visual environment, and it is one of the most rapidly growing fields today. Computers can effectively detect and classify objects based on digital photos and deep learning models and react to the objects in question.

Data is being generated exponentially today, with 2.5 quintillion bytes of data being generated every day. This increase in data has proven to be one of the most important aspects of the development of computer vision technology.

What Is the Process of Computer Vision?

Computer vision is analogous to putting together a jigsaw puzzle in the actual world. Consider the following scenario: you have all of these jigsaw puzzle pieces in your possession, and you need to put them together to produce a realistic image. And that is exactly how the neural networks found within a computer vision system function. Computers can put all of the pieces of an image together and then think for themselves through a sequence of filtering and actions. In contrast, the computer is not simply presented with a puzzle of an image; rather, it is frequently shown with thousands of photos that train it to recognize specific items.

What is Pattern Recognition, and how does it work?

Thus, pattern recognition is not a single technique but rather a large collection of information and techniques that are sometimes very weakly related. Intelligent systems frequently require recognising patterns, which is typically a prerequisite.

Pattern recognition algorithms can be used to recognize patterns in various digital data forms, including photos, documents, and videos, among others. To make educated decisions, it is necessary to identify patterns to classify the outcomes. Pattern recognition may be used to automate and solve complex analytical issues, becoming increasingly popular. 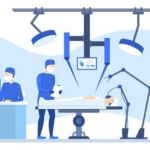 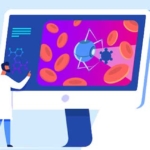 Nanotechnology: How It Works! | RepuNEXT