In an attempt to revamp itself, the global platform of connections, Facebook has rebranded itself. It has painted itself new with the name Meta. The name means Metaverse. The term was originally coined by Stephenson for the novel “Snow Crash” in the year 1992. The novel had the theme of science-fiction and the characters had virtual reality headsets for communication.
Along with rebranding itself, Facebook also has the idea of implementing strategies that will uplift the brand to a further level and cross borders. Mark Zuckerberg has presented his plans for the development of the social media hub. In an attempt to merge the physical realm of media with that of future scopes, Facebook has ventured into the new force.
Facebook for the past few times has been targeted for its loose privacy policy along with data leak issues. The team has constantly strived to rectify any errors on their part and has guaranteed to provide its user with a smooth and safe platform to connect to the world.
The latest target of Facebook is to move a bit closer to its futuristic dream of virtual reality. Along with trying to rectify all the marks or flaws that were earlier present in the digital platform, Facebook is also focusing on making it more adaptable for the future needs of the brand.
The associated digital platforms for the tech giant Facebook, such as Instagram, WhatsApp, and Facebook will retain to its old names respectively. It is only the parent company of Facebook that will be rebranded as “Meta”. Mark Zuckerberg has also focused on minimizing the scandals associated with the social media site and its breach of privacy and data usage. Metaverse is an attempt on the part of Facebook to join both the physical world and the digital world.
It strives to make the platform accessible as well as enjoyable in the future condition of social media and its evolutions. This move on the behalf of Facebook has indeed resulted in a lot of criticism striking against it.

The recent highlight that Facebook gained by having certain issues related to the breach of privacy of the users has indeed created a down market for the brand. It has now turned its focus to inculcate the future needs of the digital world as well as to make the platform highly accessible.
The platform along with its other tools like Whatsapp and Instagram are used widely in the world. It is one of the most in-demand tools at present. The surge of Covid-19 has turned the world by its ear. It has made a lot of people get dependent on digital media and platforms to satisfy their daily needs. WhatsApp has indeed proven its utility during the tiring phase. A lot of institutions starting from academics to professional fronts began depending on Whatsapp for communication.
Thus, the market for Facebook is still highly prevalent. There might be certain issues regarding the rise of ethical concerns like privacy breaches. But it can as well be solved effectively by the brand and offer its customers a platform that is smooth and functioning.
Facebook has always been a brand that will keep itself constantly adapted. It adheres to the latest trends in the world and offers its users all the latest updates that they crave. It ensures to keep the users engaged with content that serve their interest. Such constant seek for innovation has enabled Facebook to get an upper hand over its other competitors.
Social media is a platform that is used by millions of people. Apart from the purpose of entertainment and leisure, it has also evolved to become a base to serve a lot of commercial ventures. Many online businesses are solely dependent on platforms like Facebook for their growth and profit. Apart from marketing, they even conduct their essential trades and transactions through the same. Thus, the responsibility and role that social media platforms like Facebook plays in the realms of society are indeed huge.
This has put further pressure and responsibility for the media base to be highly authentic yet creative. It must be constantly adapting itself to the needs of the society in such a manner that it serves the common good of the society along with becoming profitable. Facebook’s new move of renaming itself and focusing more on the advancement of virtual reality is a step closer to the future of digital platforms. This new move on the side of Facebook will indeed uplift its prospects further high.
Tags: ATL Marketing, Line Marketing, Quality Assured Service 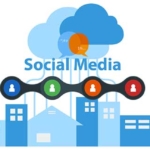 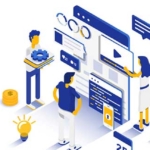