2D animation in the form of creating a two-dimensional moving image that has characters, FX, backgrounds, and other attractive and supportive elements. The animation is built with the sequencing of images in such a manner that the drawings are seen moving. One second in a time of the video generally encompasses 24 frames based on the animation style that has been used. This will let the artist create as much as 24 unique arts in one second of the animated video as every one second holds 24 frames in it.

For convenience, the animation is often done in elements of two as the drawing is done in every 2 frames. This will not just offer the animation a unique appearance, but will also save production time and cost.

2D animation was one of its kind animation in the mid 19s. But the recent crazed for retro had made the art form gain a comeback. It has been actively used in TV shows, video games, and advertisements among others. Even social media sites have incorporated the elements of 2D to it to make the app even further attractive. There are 2D animated series present in Snapchat which enables it to make a 1 to 3-minute video. This pattern of using 2D has also been discovered in many video games.

A 2D animator must not just be capable of creating attractive animation images and videos, but must also be a good storyteller with vivid images that will use the animation to convey a tale. To create an attractive 2D animation, it is necessary that as an animator they follow the following 6 principles:

The above-mentioned principles when followed judiciously will enable the construction of a well scripted and well crafter 2D animation that can as well be appealing.

2D animation is the starting point for animation that then paved the way for 3D animation in the recent decade. 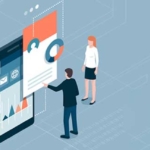 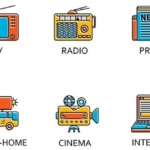 One thought on “2D Animation”