3D animation is a technology of graphics that makes use of motion for bringing life into characters, products, and props. While the initial intention of 3D animation was to use it for video games, TV shows along movies, the wide popularity that 3D animation gained have enabled it to be put under multiple others uses. This has indeed enabled 3D to be used for various promotional products of companies that will help them in introducing their products to their customers in a better manner.

3D animation is defined as the process of building a three-dimensional moving image by placing them into a digital space where the objects are designed with the use of software. These programs are specifically built to create motion into the object that will bring life to the product.

The process of creating a 3D animation is mainly divided into three major parts. They are:

Modeling is the primary stage of creating a 3D animation. In this stage, the objects of animation are created either through scanning the object or through the mode of modeling it. In either method, the model gets a special trait that has its perks and personal impact. The added advantage of the method of modeling is that, in that method, the creator has complete liberty in the creation of the model and every little detail and feature can be attended to. On the other hand, scanning an object might limit the features added to it, but will surely offer an option that saves a lot of time. After the basic structure is created using either of the options, textures must be added to them for giving a realistic look.

After the completion of the modeling, they are then transferred to the layout stage where they are positioned in a particular manner and then animated. The layout of the animation can be created by making the other external objects and then finally incorporating all these elements into a single screen. The character can then be animated with the help of animation variables within the screen where they give life to the object.

Animation is said to be the final stage of the process, where the finished image takes over the screen space for rendering their character. The process of rendering an only completed with the support of particularly curated software. It is possible for the project to get some additional realistic effect and even certain special art styles can be imposed over it to make it distinct.

The entire process of making a 3D animation encompasses a lot of planning and designing to do. Only after such a tiring effect will the process of 3D animation be made following the client’s expectation. Each model used in a 3D animation is specifically tailored for suiting a client’s requirement. It will enable them to get the desired result as the objects are specifically curated following their needs. 3D animation has gained major attraction mainly due to its interactive and realistic method, it is the up-gradation of 2D animation. It is also possible for it to pave way for further development in the field of animation. 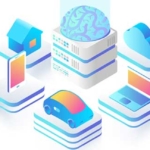 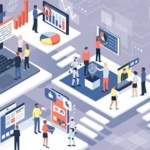