A blockchain is a decentralized, distributed, and incorruptible digital ledger used to record transactions across many computers.

Blockchain is a distributed network of computers and nodes. Each node in the Blockchain contains a chain of blocks. And each block in the chain consists of a ledger with a list of transactions and events. And the transaction in the Blockchain is cryptographically secure and safe; that is, we can say it is incorruptible. It is also linked with the previous transaction for the resources that it represents.

Some of the major applications and possibilities of Blockchain that are highly entertained are:

Blockchain technology’s possibilities are endless and not only limited to smart contracts. This enormous technology has applications in various sectors such as finance, identity, data storage, contract, medical recording, etc. The Blockchain is a new and innovative idea and alternative to conventional currency and transactional process that is changing the way we handle the transaction and its alternative use that will revolutionize and transform the world.

Due to the process and strategies of blockchain technologies, it’s impossible of any kind to hack and attack the way banking is done.

Blockchain technology is the new future for upcoming years, and that is why it is referred to as revolutionary technology that can transform the world in a new innovative way.

While the technology faces some obstacles and resistance because it eliminates the middleman, centralization, and enables the visibility of transactions, it’s still on the rise.

Work is being done in several fields to incorporate the technology and utilize its incorruptible ledger.

Blockchain technology has inevitable features to create the tech innovatively for upcoming years. Though it faces some crises, this tech has endless possibilities of modifying and centralization, yet will be increasing in the future.

There are four types of blockchains

This type of Blockchain is an open network, accessible to anyone who wants to request or validate a transaction.

This type of Blockchain is not open and can’t be accessible to anyone, thus has a restriction network, so anyone who wants to join will need permission from the system official.

The hyper ledger can be taken as an example of a private blockchain.

A side chain is a type of Blockchain that runs parallel to the main chain. It allows users to move digital assets between two distinct blockchains and improves efficiency.

The liquid network can be represented as an example of a side chain.

A hybrid blockchain combines both private and public blockchains with the features of centralization and decentralization aspects. Energy web foundation, Dragon chain are some examples of this type of Blockchain. 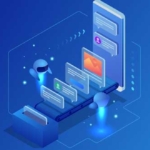 How has AI Transformed the Business World 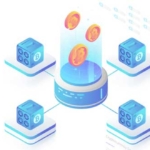 How does Blockchain work?