A chatbot is software that is used to chat and have an online conversation in the form of text or even speech. It is an additional tool that is generally added to a website to offer direct human conversation or customer support.

Most of the chatbots have elements of Artificial Intelligence that will help them to interact in the same way that a human would do. The name chatbot was coined by Michael Mauldin. It was done in the year 1994 and is a mix of chatting and robot. It is because the chatting is done with the help of a robot and not an actual human being.

Chatbots are put to use for varied purposes in a dialog system. This can be for customer service, information collecting, and also for routing. Based on their traits, the classification of chatbots can be widely done as natural language processors, Artificial Intelligence, and many more. The other most common format of classifying a chatbot is through their purposes such as education, health, commerce, entertainment, finance, health, and many more.

Some of the applications of a chatbot are as follows:

Chatbots have been used by a lot of companies for offering customer service to their users. The Artificial Intelligence tool will enable the user to ask all their basic queries related to a product easily to the chatbot. It will offer them an instant response to all common questions and will also redirect the user towards useful links and resources. Another advantage of using a chatbot is that it will limit the time that has been spent talking to the customer care executive and explaining the problem in depth.

In health care, chatbots are widely used for transferring basic health guidance. It has been recorded that, on average there are about 78% of general health queries being posted through chatbots, while around 80% of patients make use of it to book an appointment with their clinic. The latest technologies in the health care field have helped in its progress and have enabled more advanced treatment to be offered for their users.

One latest example of chatbot usage in health care is the tie-up of Whatsapp with WHO to answer any queries that are related to COVID-19.

Chatbots are often used in many countries to interact better with their common audience and collect reviews from them. New Zealand has a chatbot named SAM for gathering political thoughts from common people. It has been connected to Facebook Messenger to converse easily.

Even India has launched a similar tool called Aaple Sarkar for having pieces of information regarding public services.

Apart from serious industrial needs, chatbots are also widely used in toys and games. Hello, Barbie is a chatbot that is available for playing and entertainment. There are also chatbots being used for a lot of smartphone games to offer a more realistic and involved experience.

A chatbot can thus be stated as a modern conversational tool that has eased the process of communicating online for certain purposes. 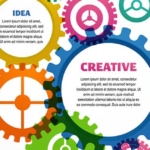 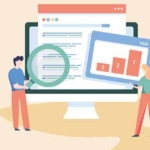