Blockchain technology is most clearly defined as a decentralized, distributed ledger that records the provenance of a digital asset. By intrinsic structure and design, the data on a blockchain is incapable of being modified, which makes it a legitimate disruptor for industries like payments, cybersecurity, and healthcare.

A simple analogy for understanding blockchain is the concept of Google Docs. When we create and share any file or doc with anyone or in groups of individuals, the documents get distributed and not copied or transferred.

In recent years, you may have noticed many businesses worldwide integrating Blockchain technology. But how exactly does Blockchain technology work? Is this a significant change or a simple addition? The advancements of Blockchain are still young and have the potential to be revolutionary in the future, so let’s begin demystifying this technology.

Blockchain is most probably one of the reasons for revolutionizing business terms in the future world. But the question is, how does this concept of blockchain work? How this strategy has so much potential to change the business into a different new level of doing business?

Blockchain is a combination of three leading technologies:

Cryptography keys contain two keys – A private key and a Public key. These keys support successful transactions between two parties. Each individual has these two keys, which they use to generate a secure digital individuality reference. This secured identity is the most significant characteristic of Blockchain technology. In cryptocurrency, this identity is referred to as a ‘digital signature’ and is utilized for authorizing and regulating transactions.

The digital signature is assembled with the peer-to-peer network; many individuals who work as authorities use the digital signature to achieve an agreement on transactions, among other issues. When they authorize a deal, it is certified by a mathematical verification, which results in a successful secured transaction between the two network-connected parties. So to conclude, Blockchain users assign cryptography keys to conduct several types of digital interactions over the peer-to-peer network. 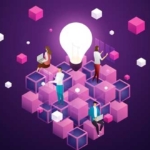 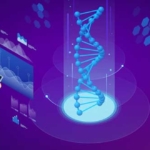