What is a Natural User Interface, and how does it work?

NUIs have been heralded as the next logical step in the progression of user interfaces. When using NUIs, the user interaction is more enjoyable, simple and natural because the user can employ a wider range of fundamental abilities than when using more traditional graphical user interfaces, which a mouse and keyboard predominantly control.

People believe that if they only employ gesture interaction, the user interface will be natural. This is not always the case. However, if we take something like the multi-touch gestures on the Apple iPad as an example, we can see that the reality is a little more complicated. Some iPad movements come naturally and intuitively—for example, swiping with one finger to the left or right propelled the iPad to such widespread popularity. When you swipe one finger across the screen, you can scroll through pages or move material from one side of the screen to the other side. When you make a gesture, it matches the action you are carrying out.

Meeting someone is a common occurrence in everyday life. However, attempting to replicate the same experience on a computer or mobile device would be ambiguous for various users. As a result, incorporating such elements into a natural user interface should be avoided whenever possible.

The natural user interface is a ground-breaking concept that will pave future utilities. It should, however, be meticulously planned and prepared before implementation. If this is not done, the logical portion of the interface will wither, and individuals will be unable to connect to the system. 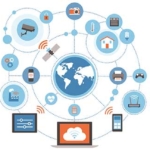 Everything about Interconnection and its Importance 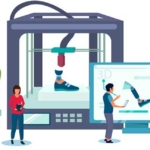 3D/4D Printing Technologies: Everything You Need to Know