Stock videos are also known as stock footage. They are similar to archive footage or file footage. It is where films and video footages are present. They can be reused again as they weren’t made for one particular purpose. Stock videos are highly beneficial for movie creators. These stock videos are generally of higher resolutions. They are recorded by professional videographers. This will enable the movie makers to make use of the videos without shooting new material. It will not just save them time, but will also be useful in saving some money as most stock videos are affordable and much cheaper than recording the real video shot.

A single stock video or stock footage is termed as “stock shot” or ‘library shot”. Stock footages primarily were created when they were recorded for some previous video recording and were not put to use. The previous production might have saved the bit separately as it can be of generic sense and can be used for future needs or other similar productions. Some of the common kinds of stock footage that can be used generically are motion pictures or recorded videos of cities, landmarks, wildlife, nature, environmental setting, and historic centers among many others.

Most of the stock videos are present under the category of stock-free or the rights are manageable. If the purchaser is willing to gain the copyright of the stock video they can then pay the price of the video to the owner and can possess its complete rights. There are a lot of websites that offer direct downloads of videos in various formats and sizes for easy usage.

It has been said that stock videos were rising in the period of the 1980s. These clips were offered by companies like Betacam SP, VHS, and other similar film formats. They initially were set in the format of small libraries where the videos can be borrowed for small personal projects. The growth of stock video demands converted these centers to pick up a niche. There began the emergence of specialized video centers like sports videos, technological videos, cultural videos, nature videos, and many more. These specialized centers later moved on to online business and set up online sites. Some of the famous early stock footage sites are Corbis and Getty.

The increasing availability of quality stock videos, made it being used in major movies and films as well. This indeed brought a shift in the ways movies were made as unlike the traditional manner of making a movie with original videos recorded for the movie purpose, a stock video began to be used. This made it highly convenient for the filmmakers to get the desired result at a minimal cost. Not just did they get their desired shot at an affordable rate, but were also provided with quality content in different formats. This saved the filmmakers, not just money but also their time and efforts.

With the increase of stock video usage in movies, the trend began. It later emerged to be used even in advertisements and marketing materials. 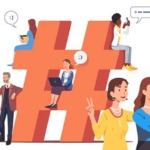 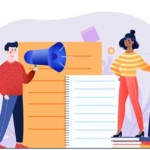