The idea of “No-Code” and “Low-Code” was invented in 2000 by two American brothers, Jim and Tom Poppendieck, who were Engineers and Computer Scientists. They came across the need for a more simplistic approach to building websites, which were then based mostly on HTML and CSS instead of being fully functional, like the ones built today.

They realized that the complexity of web pages was increasing, as were the requirements for web development. For this same reason, web developers were faced with an ever-increasing set of problems to deal with daily, which made it difficult to keep up with the latest coding standards and best practices.

But with so many benefits and ease, some disadvantages come along-

Despite all this, if you are still interested in finding some of the best low-code/no-code solutions, we’ll suggest you-

Everything comes with its advantages and disadvantages, but low-code/no-code has given people a chance to develop their ideas. They don’t have to dive deep to learn those complicated computer languages, which can take endless days. Rather with just some basic knowledge, you can create your ideas in very little time. 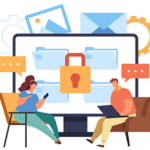 All you need to know about Privacy-Enhancing Computation 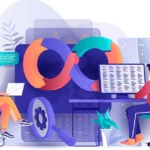 What is DevOps- Everything you need to know about it