A Blockchain is a particular type of database and has a varied means to store data. The data are first stored in blocks which are then linked through chains. As and when a new data enters or the remaining data is updated, the latest data is also connected to the previous block and it is later set in chronological order. The blockchain enables its user to store varied types of data. But one of the most common forms of storage was a ledger account in which the transactions are stored in the format of the ledger.

Blockchain is also a common phenomenon in regards to Bitcoins usage. It is used for transactions through bitcoins as there must be not a single group or a single entity that must be responsible for its complete conduct. Through the means of blockchain, all the users will get an equal share of control in making use of the bitcoins. The major trait of a decentralized bitcoin is that it is completely immutable. It will not permit the change of the data that has been once entered into the system. It will make all the transactions completely transparent and will not let them be erased as well. No changes will be accompanied by decentralized bitcoins through the mode of blockchains.

A block chain’s structure is to be present in chunks or blocks which are chained in a theme or setting of a particular group. This system has an irreversible timeline if the data gets implemented decentralized. As and when a block gets filled, the stone becomes part of the timeline. Every block in a chain has a specific timestamp that is added to the chain.

With a deeper understanding of the blockchain, deeper use of Bitcoins can be done. Bitcoins require a set of databases that can be used to record all the transactions that are conducted. All these computer systems need not be in a single place. It is fine if they are present in various locations. It offers a deeper insight into the real working of the blockchain as it also means that not a single person can have control over the bock chains and their data. It also means that the blockchain is completely transparent and open for changes that are done as per their setting. 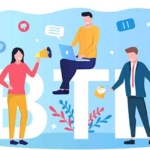 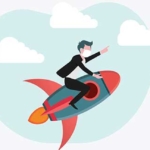 One thought on “Block Chain”