Augmented reality (AR) and virtual reality (VR) are reality technologies that either augment or replace a real-life environment with a simulated one. Augmented reality (AR) enhances your surroundings by overlaying digital components on a live view, most commonly using a smartphone’s camera. Virtual reality (VR) is a fully immersive experience in which a virtual environment replaces the real one.

In augmented reality (AR), a virtual environment is created to cohabit with the actual world, be instructive, and offer additional data about the real world that a user can access without looking for it. When a handset is pointed at a piece of malfunctioning equipment, for example, industrial AR apps might provide rapid troubleshooting information.

Virtual reality is a comprehensive environmental simulation in which the user’s real-world is replaced with a completely virtual one. These virtual settings are frequently created to be larger than life because they are fully synthetic. For example, in a virtual boxing ring, a user may fight a cartoon version of Mike Tyson.

While both virtual reality and augmented reality are intended to provide users with a simulated environment, each notion is distinct and has diverse applications. Because of its potential to build informative overlays that add relevant, real-world scenarios, augmented reality is increasingly being employed by businesses, in addition to entertainment scenarios.

AR and VR are poised for growth.

Today, AR and VR are rather niche technologies, but they both have bright futures ahead of them as they mature. Consumers are becoming more willing to experiment with future applications of these technologies as the buzz around breakthrough VR video games and AR navigation aids grows. AR is being used for anything from design to maintenance to healthcare in the workplace. It will be fascinating to see what new AR and VR-based tools emerge in the future. 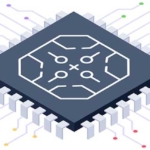 One-Stop For All Information on 3D Integrated Circuits